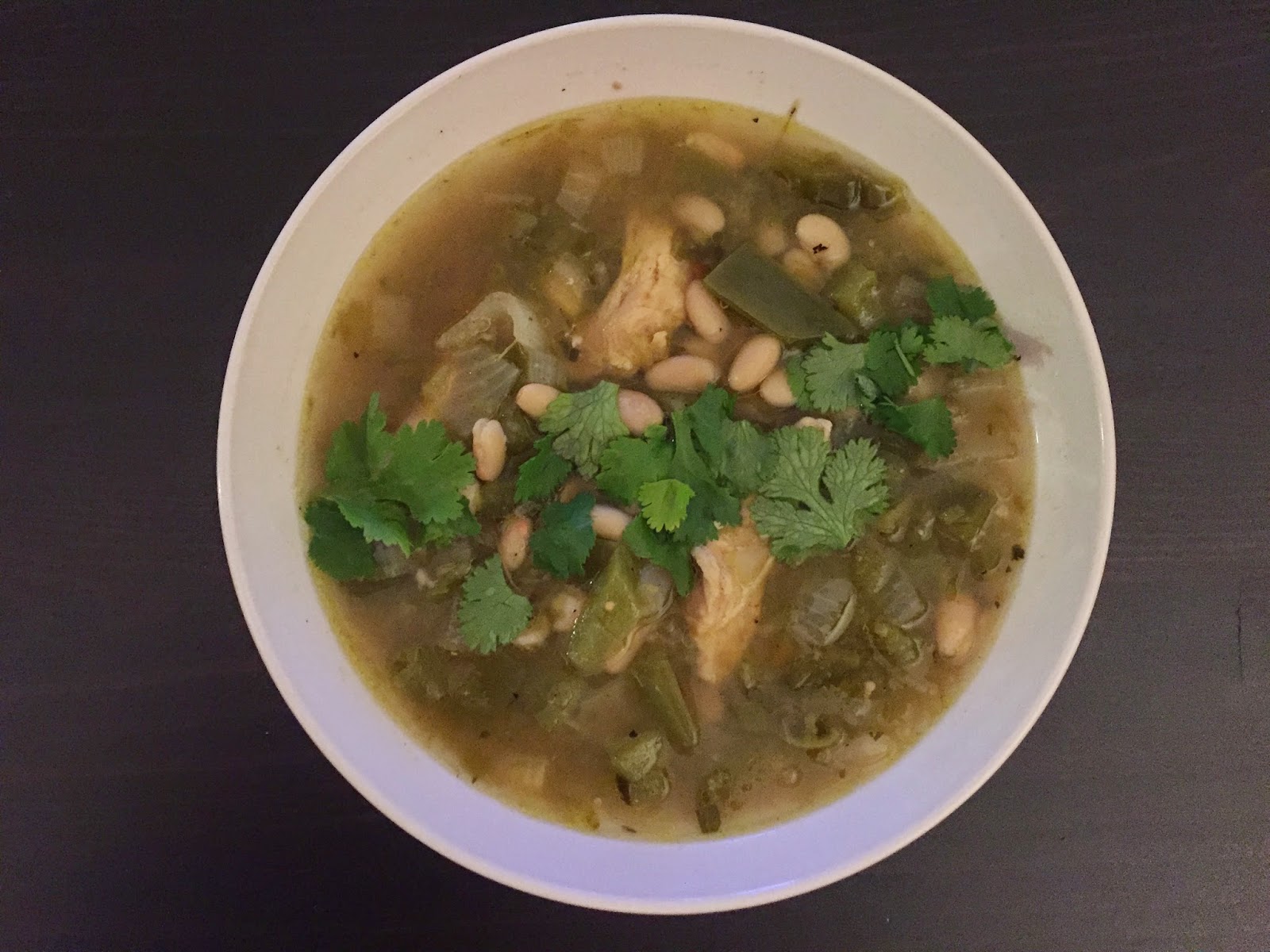 This green chili with chicken is so good that I've given up tomato based chilis altogether... or at least for a little while. I make this one weekly and it's a great on a cold winter day.

Adapted from a recipe by Simply Real Health.

In a large soup pot, heat up some olive oil. Add the chopped onion and green bell pepper to the pot and sauté until the vegetables start to get soft; a few minutes. Add freshly minced garlic and cook for one minute. Then add the cut up chicken breast, jar of roasted salsa verde and the box of chicken broth. Stir, cover and bring to a boil. Lower heat to medium low and simmer for 30 minutes.

Add the Great Northern beans and heat them up for a couple minutes. Add the jalapeños, salt and pepper to taste and top with cilantro.

This is great with some shredded Monterey Jack or Cheddar on top or served with a small scoop of sour cream. I always buy a bag (or two) of Gringo's Tortilla Strips to go with it!

Email ThisBlogThis!Share to TwitterShare to FacebookShare to Pinterest
Labels: Recipes

Fed Up: The Movie 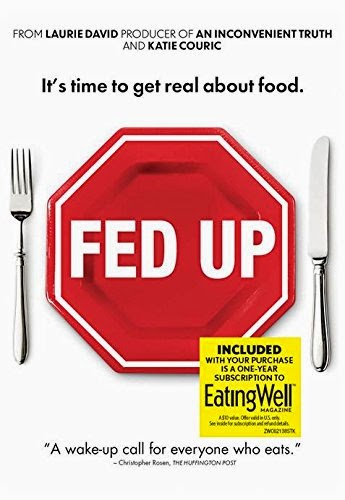 Laurie David and Katie Couric's hard-hitting documentary Fed Up hit theaters earlier this year. I had seen numerous food documentaries before and wasn't sure if this one had anything new to say. Its effectiveness comes from driving home its message is key. Fed Up is shocking and eye-opening and just the sort of slap in the face Americans need to wake up and see the light about our problems with food.

What sort of problems do Americans have with food? Most people point the finger at obesity but it goes beyond that. Even people who don't gain weight but still eat poorly are at major risk for health problems. The problems we have lie in poor nutrition, an increase in sugar and carbohydrates and the food industry's unrelenting quest to keep feeding the nation cheap junk.

The topics discussed in the documentary include:

Increased intake of carbohydrates and sugar in our diet adversely affects our health. This mostly comes from a dramatic increase in processed foods which contain a lot of sugar, corn, carbohydrates, etc. Take a closer look and you'll be amazed at how much sugar there is in your diet.

All calories are not created equal. Calories from sugar and carbohydrates are processed by our body much differently that other types of calories.

Exercise is not a cure for poor eating. The exercise industry has benefited monetarily from the nation's poor diet. Think about it, if exercise is seen as a cure-all for obesity, then the food industry can keep peddling the same junk without issue. Did you eat too much of something? Just go burn it off. But it's not as easy as that.

History of the obesity epidemic and exercise movement. Kudos to Senator George McGovern for his efforts! They were quickly stifled by the food industry.

How the obesity epidemic is affecting young children and families across the nation. Including information on the role of schools and their relationships with the food industry.

Government's inadequacy in enforcing dietary guidelines and food industry regulations. Michelle Obama's campaign against childhood obesity started off with a focus on good nutrition. Food industry made a big fuss, saying they were being bullied. The first lady's approach then changed to exercise.

Food industry's stronghold on the American public. They sponsored scientific studies (the results benefit them) and they work too closely with the government for regulation (or lack thereof) that benefits them. Are they the new tobacco industry of our generation?

There is such a thing as skinny fat; not everyone wears their obesity on them.

The popularity of cheese is a result of our fixation of low-fat. Take the fat out of dairy products and put it right back into cheese.

Some of people interviewed for this documentary include former president Bill Clinton (Clinton Foundation) , Dr. Robert Lustig (Professor of Pediatrics from UC San Francisco), Gary Taubes (author of Why We Get Fat and What To Do About It), Margo Wootan (Director of Nutrition Policy, Center for Science in the Public Interest), Michele Simon (President, Eat Drink Politics), Marion Nestle (Professor of Nutrition at NYU and author), Michael Pollan (author and journalist), Michael Moss (author of Salt, Sugar, Fat) and more.


"Sugar is a poison. It is a chronic… dose-dependant, depends on how much you eat because there is a safe threshold, hepato liver toxin." - Dr. Robert Lustig

Some controversial subjects (AKA big lying liars) were also interviewed including David Allison (Director, Nutrition Obesity Research Center University of Alabama at Birmingham) and Lisa Gable (President, Healthy Weight Commitment Foundation). Lots of companies refused to be interviewed and they are listed at the end.

Fed Up also makes a point to include families who are dealing with obesity. Hearing children talk about their health problems is heart-breaking to watch but a much needed wake-up call.

I'm not a nutritionist. I can't tell you what to eat. But I have set out to learn as much as I possibly can about proper nutrition. I try to put health above all else. But I'm a product of a generation who was not
informed about proper nutrition and was pelted with food advertising left and right. I ate a lot of junk growing up. I honestly thought healthy eating was for sick people and that normal people could eat whatever they wanted. Now with all the health problems that are the result of many years of poor eating, including hypoglycemia which basically rules my life and could become diabetes if I'm not careful, I believe it's crucial to inform the public about TRUE healthy eating.


"And every generation of kids born after 1980 has grown up surrounded by these addictive foods." - Katie Couric on sugary foods

It's a struggle for me every day to reduce my intake of sugar and carbohydrate. I try to keep sugar to special occasions only but it's really difficult. I have a sugar addiction and it's a daily battle for me to keep it under control. I count it as luck that eating too much sugar is a migraine trigger for me. Like Dr. Lustig said, there is a safe threshold and mine is very low. However, it's not easy to reduce sugar and carbs after years of developing a dependency on them. But it's worth the fight.

I highly recommend watching Fed Up. Even if you feel you are already well-informed, it serves as an important reminder. If you have little knowledge about nutrition and were unaware of the topics listed above, then watch it. The information provided will be invaluable.

Email ThisBlogThis!Share to TwitterShare to FacebookShare to Pinterest
Labels: Nutrition


Lobsters for $4.99 a lb and steamed at no extra charge? God bless Market Basket! That is truly a good deal and one I couldn't pass up.

While looking on my Feedly reader for recipes, I found a great one for a Grilled Chicken salad from Delicious Dishings and Roasted Herbed Mushrooms from Cookin' Canuck. I also saw a recipe for Chicken Pot Pie that included dijon mustard! It never occurred to me to add mustard to my Chicken Pot Pie recipe.

I've been eying pork belly after seeing so many Paleo cooks feature it regularly on their social media. I've never cooked pork belly before so I'm curious to try it. While I won't be buying it this week, I'm hoping to find a stellar recipe to into next week's plan.

If you follow my weekly meal plans you'll find that I make French Toast nearly every week. I buy a loaf of Challah Bread at Whole Foods for $7.99. That sounds really expensive but I only use half for Sunday brunch and use the rest the following week. Per person that comes out to $2 worth of Challah Bread a serving which is not bad at all! Their bread is really good and makes for amazing French toast.


Here are the deals that I'm taking advantage of this week: 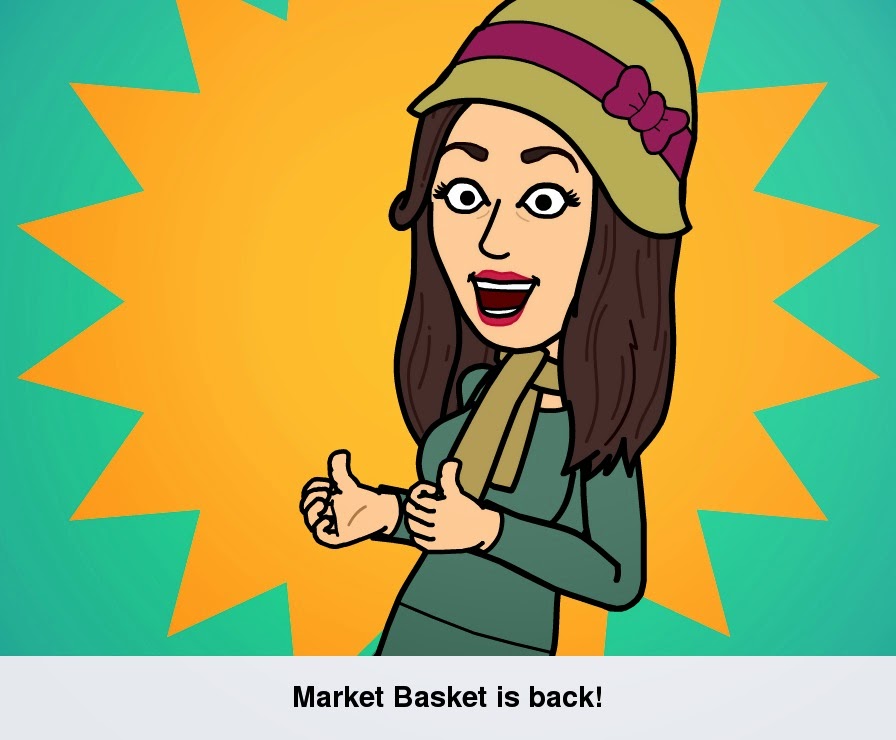 Market Basket is back! And that means my weekly meal plans are back. I took a hiatus from my weekly planning during the Market Basket boycott. I depended a lot on their sales flyer and had no clue what would be affordable at other stores. Market Basket just released a new circular this week. It's modest but it's a great start!

I'm going to start looking more closely at inflammatory foods. I'm cutting out my usual intake of peanuts, bananas and cheese for a start. I'm thinking that peanuts have been at the root of my persistent knee bursitis. My chiropractor recommended I look into it so this will be my first peanut/banana/cheese free week!

Here are some deals I'm taking advantage of... 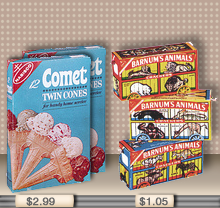 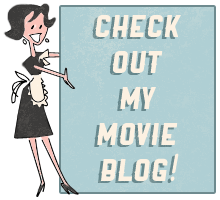